I feel it worth saying that this article is aimed towards one-to-one and small group beta/critique partners. I can’t comment on larger, less personal environments like online critiquing communities simply because I’ve never been a long-term member of one.

Sarah Callender wrote an excellent blog on Writer Unboxed today. She wrote about the relationship she has with her long-standing beta reader, and the beta process. Like any good social media presence, WU packaged both the article and Tweet promoting it with a call to action: “What positive experiences have you had with a beta reader… and why was it so positive? Or, why did a beta reader… relationship not work out so well?”

What started as a blog reply ended up making me think. Obviously, this meant I needed a lie down. Unfamiliar activity does tire one out. While there is a lot of emotional responsibility on the part of the writer not to be unreasonable or explosive, a lot of beta issues I’ve had come from a couple of specific places. With that in mind, I thought it might be useful to write about my experience of receiving excellent critiques/beta feedback, and what I’ve learned in two years of giving people feedback as a part of my day job. END_OF_DOCUMENT_TOKEN_TO_BE_REPLACED

However, I am a 40-year-old writer who has suffered depression since childhood. I’m not by any means the first person in my family to have it: my father battled severe depression. My grandmother was an unbelievably intelligent, otherwise indomitable woman. END_OF_DOCUMENT_TOKEN_TO_BE_REPLACED

So, Hertfordshire University’s Open Graves, Open Minds unit have been running a ‘demon of the day’ campaign on Twitter this week. I’ll confess, as someone who started their interest with the Classical world and Ancient Near East, I’m rather partial to a good demon (I will, one day soon, write the article about Lilith I’ve been threatening.)

I had a rather good conversation with the OGOM project’s Twitter, and the excellent Dr Sam George on the nature of the Solomonic demon Astaroth.

I’m not too proud to admit that one of the reasons I know about Astaroth (and Baal, and Asmodeus) is because I was hoping to lay down the intellectual smack on something that irritates me: the belief that the demons of Christianity were the Gods of previous civilisations.

Of course… in the case of Astaroth… it sort-of… is.

Which is really fascinating, since becoming a demon isn’t the most interesting thing that happened to him.

His original name was Ashtoreth, and he used to be a goddess. END_OF_DOCUMENT_TOKEN_TO_BE_REPLACED

Today’s article is about the Staff. As I’ve mentioned in previous articles, my knowledge of D&D is largely confined to 1st and 2nd Edition, although I’m now running two historical fantasy campaigns using 5th.

D&D loves its magical staves. My personal favourite is the Staff of the Archmage (because, arguably, it’s a bit overpowered)  although various Staves of Healing (aka “nobody wanted to play a Cleric”), Staves of the Python/Adder, and once a Staff of the Woodlands came into my possession.

I originally intended this to be a continuation of the ‘Things D&D Got Right’ series that I’ve been doing on and off for a few years now. Unfortunately, I’ve sort-of been running out of things that D&D did get right, or at least things where D&D was more right than wrong.

Thus, I’ve decided to begin a slightly different type of article: ‘D&D vs History’, where I’ll be looking at historical and folkloric trends and examining how their portrayal in the game varies from the beliefs of real people living at times when magic and the supernatural were aspects of daily life. END_OF_DOCUMENT_TOKEN_TO_BE_REPLACED

I’ve just finished Aliette de Bodard’s Tea Master and the Detective, a science fiction novella set in a spacefaring civilisation with technology bordering on the magical (if there was such a thing, I’d call it ‘High Sci Fi’). The novella was, as de Bodard herself freely admits, a meditation on the qualities of great fictional detectives like Sherlock Holmes (with deliberate and direct allegories to Holmes and Watson in the persons of the protagonists Long Chau and The Shadow’s Child).

I very much enjoyed Tea Master, but it made me think of something that has made me put more than one book down – antisocial, atypical prodigies, and the hinterland between what makes them a draw, rather than an irritation.

So, I thought it might be interesting, and hopefully useful to someone somewhere, if I put a few thoughts down on the phenomenon of writing the sociopathic genius. END_OF_DOCUMENT_TOKEN_TO_BE_REPLACED 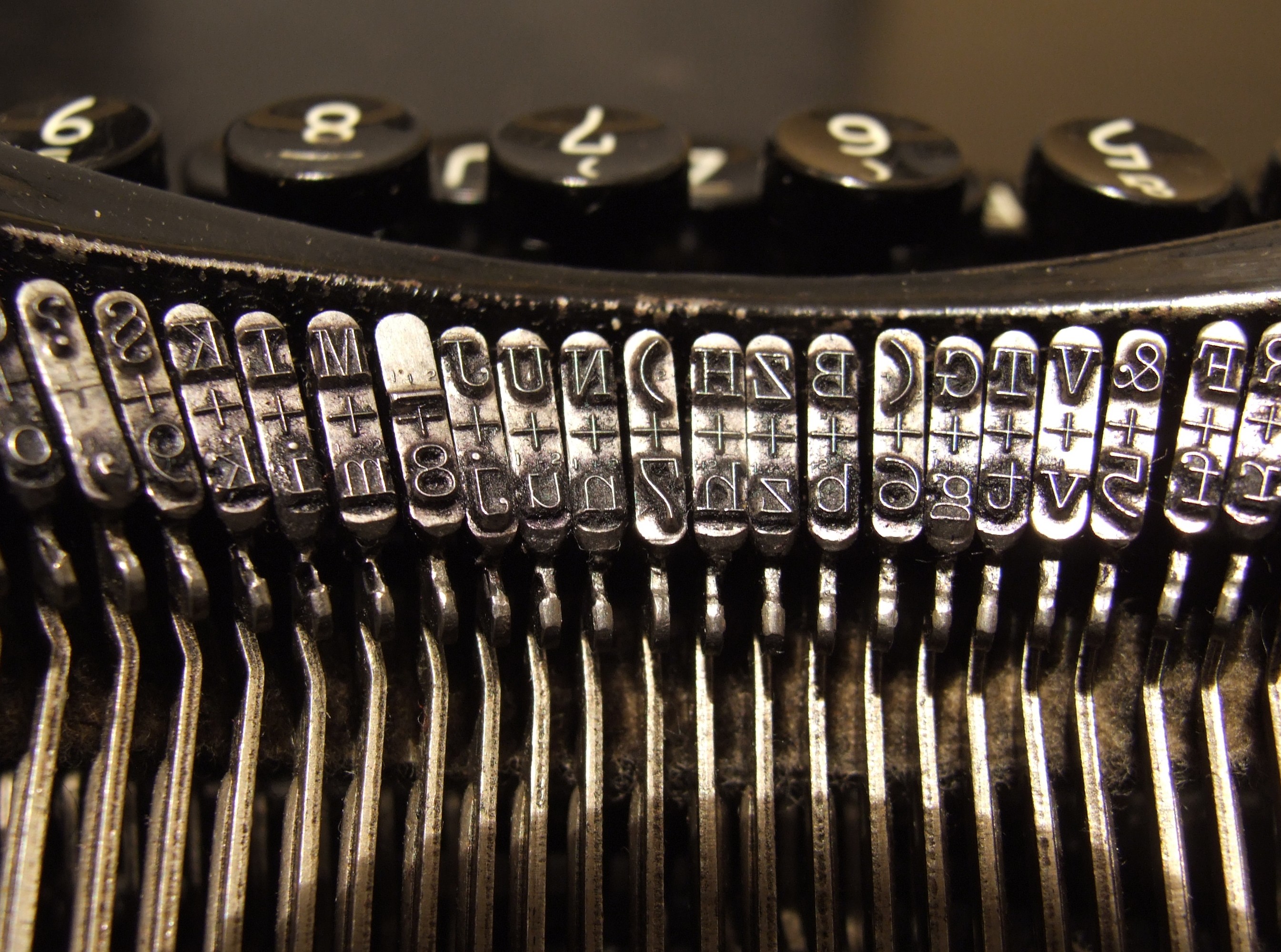 I’m always uncomfortable writing about writing: when it comes to history I can say, “This is material that I researched, you could possibly have researched it too, but you didn’t, so here it is…”

When I’m writing about writing, I’m acutely aware of the fact that while I’ve got books out I’m not that much of a big deal. I’ve got a lot more coming out later this year, and I think I’ve got “game”, as we middle aged historians call it, but I’m not a hugely successful writer.

Still, there’s one thing I have that other people can be objectively proved not to have: output.

It may be shite, but at least I wrote it. In 2017, despite one of the worst depressive slumps of my life, I managed an output of ~220k words. I once wrote a 100,000 word novel in a week. There are people who have produced more, but I’m also aware that there are a number of people who produced less, and have expressed interest in knowing how I did it.

I’ll also be entirely honest that I’m a bit harsh in places here, but excuses are something that annoys me, particularly since I was once quite good at making them myself.

So, here it is… END_OF_DOCUMENT_TOKEN_TO_BE_REPLACED

This is very much a work in progress and all input is gratefully received. I have deliberately steered away from making any analogy with modern society simply because I don’t have the expertise to do it in an informed way. If any reader has greater knowledge or capacity than me, they’re very welcome to use my work as they see fit.

In 1612, as a part of the infamous trial of the Pendle and Samlesbury witches, a young girl named Grace Sowerbutts gave evidence of her seduction to witchcraft:

“This Examinate did go with the said Jennet Bierly her grandmother, and Ellen Bierley, her aunt, to the house of Walshman, in the night time, to murder a child in a strange manner… after they had eaten [the child] the said three women and this Examinate danced every one of them with the black things: and after, the black things abused the said women. She describes four black things to go upright, but not like men in the face.”

This was far from the first time that blackness – not only the colour as we see here, but black bodies described as being racially African – had been associated with devilishness in Christianity. END_OF_DOCUMENT_TOKEN_TO_BE_REPLACED

Everything is for a Reason (Like Dialogue Tags and Sentence Construction)

You might think this part will be a watery parable about how all my failures and triumphs made me a better person. They might or might not have, but that isn’t what I’m talking about. I don’t usually like to write about craft: there are enough craft articles out there, and I have no desire to contribute to the heap.

However, craft was a part of what brought Dark Neon from being a thing that sat on my hard disk to being a novel that people could buy.

I wrote Dark Neon in a blur of desperation. Afterewards, I had it stuck in my head that the manuscript was worthy for the simple reason of just being a certain length: it was book-length, therefore it was a publishable book.

In the event that I did learn a new writing rule, I would go through the manuscript with a scythe, mercilessly and masochistically applying it without fear of favour. If I was going to ruin my work with all these artificial rules, I was going to ruin it totally!

However, all writing rules are for a reason. A sad number of drafts of my novel were full of adverb-riddled dialogue scenes. People didn’t say or ask, they explained, elucidated, threatened, growled, groaned, laughed, shouted, and whispered. END_OF_DOCUMENT_TOKEN_TO_BE_REPLACED

Hello everyone. I’ve been quiet on here, despite promising that I’d blog monthly. On the upside, I presented a paper on The Curse in Early Modern Life at the Museum of Witchcraft in Boscastle. I would put it up here, but it’s going to be part of a fantastic book of conference proceedings published by the Museum itself, so watch this space!

Another reason I’ve been quiet is because I’ve been in the process of getting my first full length novel out in association with The Other Side Books. It’s called A Dark Neon Dying: END_OF_DOCUMENT_TOKEN_TO_BE_REPLACED

Blog readers have my apologies for the lateness of this, the first post of my monthly blogging — February has seen me contract Vestibular Neuronitis, a condition affecting my balance. As such February 2017 has been both surreal and hugely unpleasant, and I’m not fully on my feet yet.

In fact, there could well have been. END_OF_DOCUMENT_TOKEN_TO_BE_REPLACED